Chapter 3 - The Christian in
the World

Lesson 1 - Our Duty to Spread the Word 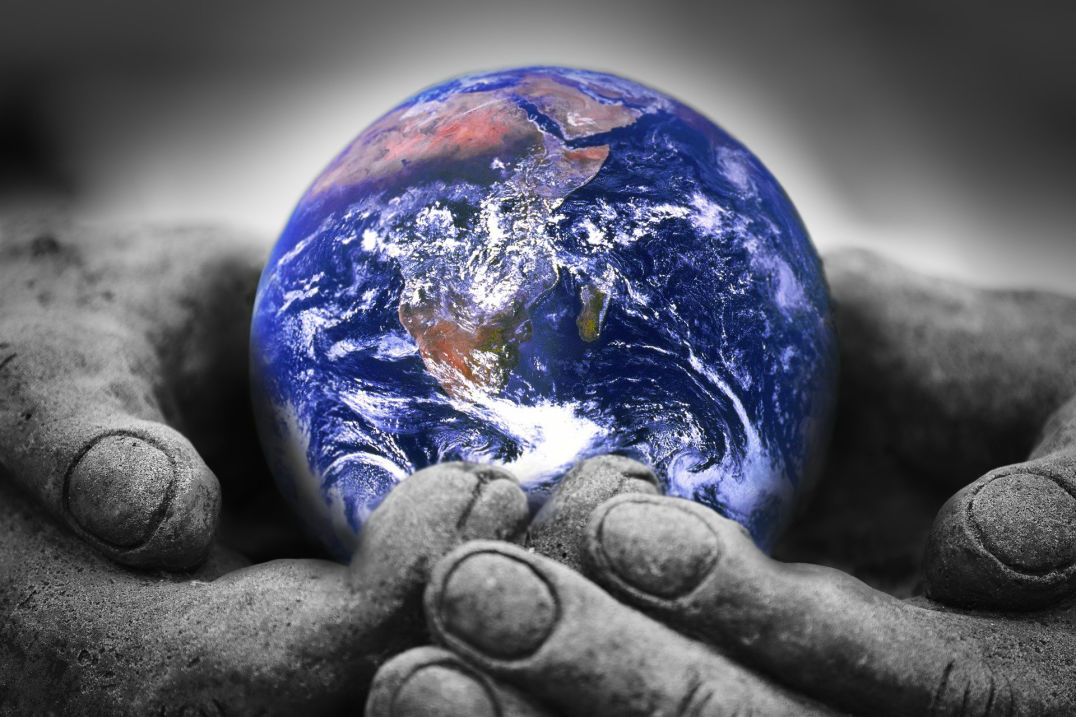 What is the Great Commission?

He said to them, “Go into all the world and preach the gospel to all creation. Whoever believes and is baptized will be saved, but whoever does not believe will be condemned. 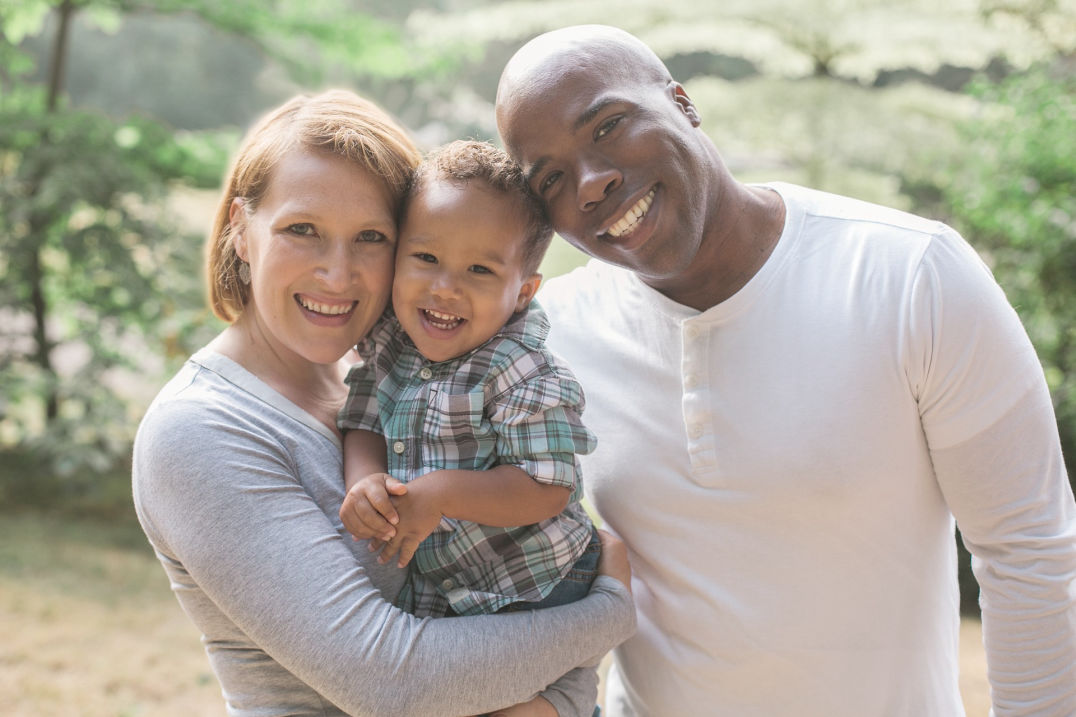 He told them, “This is what is written: The Messiah will suffer and rise from the dead on the third day, and repentance for the forgiveness of sins will be preached in his name to all nations, beginning at Jerusalem. You are witnesses of these things.  I am going to send you what my Father has promised; but stay in the city until you have been clothed with power from on high.”

Mathew 28:7; Jesus himself repeated the invitation to his disciples when he suddenly appeared to them.

The meeting in Galilee was a rallying point for the final announcement of Jesus to his disciples before he ascends to heaven and sit at the right hand of the Father. These are the final commands of Jesus, often referred to as:
"The Great Commission", found in the following passages:

18Then Jesus came to them and said, "All authority in heaven and on earth has been given to me. 19Therefore go and make disciples of all nations, baptizing them in the name of the Father and of the Son and of the Holy Spirit, 20and teaching them to obey everything I have commanded you. And surely I am with you always, to the very end of the age."

15He said to them, "Go into all the world and preach the good news to all creation. 16Whoever believes and is baptized will be saved, but whoever does not believe will be condemned. 17And these signs will accompany those who believe: In my name they will drive out demons; they will speak in new tongues; 18they will pick up snakes with their hands; and when they drink deadly poison, it will not hurt them at all; they will place their hands on sick people, and they will get well."
19After the Lord Jesus had spoken to them, he was taken up into heaven and he sat at the right hand of God. 20Then the disciples went out and preached everywhere, and the Lord worked with them and confirmed his word by the signs that accompanied it.

Jesus Appears to the Disciples

36While they were still talking about this, Jesus himself stood among them and said to them, "Peace be with you."
37They were startled and frightened, thinking they saw a ghost. 38He said to them, "Why are you troubled, and why do doubts rise in your minds? 39Look at my hands and my feet. It is I myself! Touch me and see; a ghost does not have flesh and bones, as you see I have."
40When he had said this, he showed them his hands and feet. 41And while they still did not believe it because of joy and amazement, he asked them, "Do you have anything here to eat?" 42They gave him a piece of broiled fish, 43and he took it and ate it in their presence.
44He said to them, "This is what I told you while I was still with you: Everything must be fulfilled that is written about me in the Law of Moses, the Prophets and the Psalms."
45Then he opened their minds so they could understand the Scriptures. 46He told them, "This is what is written: The Christ will suffer and rise from the dead on the third day, 47and repentance and forgiveness of sins will be preached in his name to all nations, beginning at Jerusalem. 48You are witnesses of these things. 49I am going to send you what my Father has promised; but stay in the city until you have been clothed with power from on high."

Read the above passages thoroughly and observe the following commands:

○  "Go and teach the Gospel to all nations"

○ "Teach them to observe all things I have commanded." 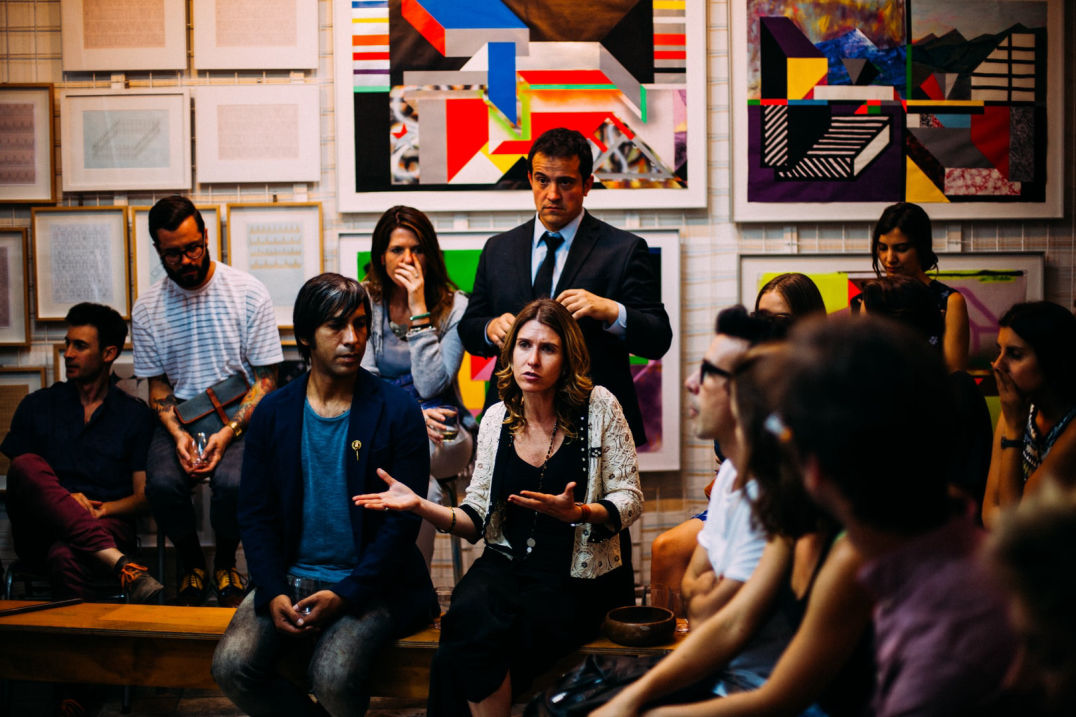 Go and teach the Gospel

Then Jesus came to them and said, “All authority in heaven and on earth has been given to me. Therefore go and make disciples of all nations, baptizing them in the name of the Father and of the Son and of the Holy Spirit,  and teaching them to obey everything I have commanded you. And surely I am with you always,
to the very end of the age.”

Until the Gospel is preached to all men, the second coming of Jesus Christ will not take place. Matthew 24:14

Matthew simply narrated the command for Christians to go to all nations and teach, culminating the teaching with a submission to baptism, the final act of acceptance and washing away of sins, in the name of the Father, the Son, and the Holy Spirit. Matthew 28:18-20

Mark underscored the presence of faith and submission to baptism, as essential steps to be taken by a repentant sinner in order to be saved. Mark 16:15

Luke was more specific in his description of the Gospel with his account that repentance and forgiveness of sins should be preached among all nations. Luke 24:46-49

The Gospel must be preached by all Christians

It is therefore urgent that we preach the Gospel. The work of evangelism does not lie solely upon the leaders of the Church. The Great Commission was issued to all Christians, young and old, men and women.

○ Women with Paul who helped in preaching the Gospel. Philippians 4:3

○ Anna the prophetess, a preacher to the Jews. Luke 2:37

However, a clear distinction as to the role of women in the Church has to be made at this point. While teaching the Gospel may be performed by women, the duty of preaching sermons, with words of exhortation and admonition is the sole responsibility of men. Take note of the following passages:

○ Women not to take over the duty of preaching words of admonition and exhortation, but instead to remain silent. I Corinthians 14:34

○ Women should not have authority over men in the assembly. I Timothy 2:11:13

Christianity flourished in the first century even as the Gospel was preached by ordinary men and women. The early preachers and evangelists did not have excellent educational backgrounds. They did not have imposing buildings that would invite listeners and stir their interest. They did not have to wait for a good weather or a convenient time to preach. They simply preached the Gospel, in season and out of season. I Corinthians 1:26 | II Timothy 4:2

Teaching them to observe my commands

Christians belong to a new dispensation founded by the resurrection of Jesus Christ. We are not under the Old Testament law. This is the reason we meet in fellowship on the first day of the week, which is a Sunday, also called the Lord’s Day, and not on the Sabbath day, which is Saturday, as the Jews did in the Old Testament. This also explains why Jesus issued a new command.

Therefore, do not be contentious and quarrelsome. Be of one mind, Paul says. Avoid disagreements over opinions and over things that are not laid out in the scriptures. Jesus said that unless we love one another, and abide in him, the world will never believe that he was sent by the Father. John 17:21

The divine promise of Jesus Christ that he will be with us until the end of time should keep the fire of evangelism burning in our hearts. Hesitation and fear of persecution should not hinder us from preaching the Gospel.

Again, these passages from the scriptures (Click the link, please) should encourage you and continue to strengthen your faith:

We will end this lesson with an encouragement that the Holy Spirit will abide in us. He will teach us bring to remembrance whatsoever commands Jesus has given to us. John 14:26

With the power of the Holy Spirit that gives you love and enthusiasm, start using your gifts and blessings to spread the good news, which is the Gospel, by which you were saved.

7 And go quickly and tell His disciples that He is risen from the dead, and indeed He is going before you into Galilee; there you will see Him. Behold, I have told you.”

14 And this gospel of the kingdom will be preached in all the world as a witness to all the nations, and then the end will come.

18 And Jesus came and spoke to them, saying, “All authority has been given to Me in heaven and on earth. 19 Go therefore and make disciples of all the nations, baptizing them in the name of the Father and of the Son and of the Holy Spirit, 20 teaching them to observe all things that I have commanded you; and lo, I am with you always, even to the end of the age.” Amen.

15 And He said to them, “Go into all the world and preach the gospel to every creature.

46 Then He said to them, “Thus it is written, and thus it was necessary for the Christ to suffer and to rise from the dead the third day, 47 and that repentance and remission of sins should be preached in His name to all nations, beginning at Jerusalem. 48 And you are witnesses of these things. 49 Behold, I send the Promise of My Father upon you; but tarry in the city of Jerusalem until you are endued with power from on high.”

29 “Come, see a Man who told me all things that I ever did. Could this be the Christ?”

3 And I urge you also, true companion, help these women who labored with me in the gospel, with Clement also, and the rest of my fellow workers, whose names are in the Book of Life.

37 and this woman was a widow of about eighty-four years, who did not depart from the temple, but served God with fastings and prayers night and day.

34 Let your women keep silent in the churches, for they are not permitted to speak; but they are to be submissive, as the law also says.

11 Let a woman learn in silence with all submission. 12 And I do not permit a woman to teach or to have authority over a man, but to be in silence. 13 For Adam was formed first, then Eve.

Glory Only in the Lord
26 For you see your calling, brethren, that not many wise according to the flesh, not many mighty, not many noble, are called.

2 Preach the word! Be ready in season and out of season. Convince, rebuke, exhort, with all longsuffering and teaching.

37 If anyone thinks himself to be a prophet or spiritual, let him acknowledge that the things which I write to you are the commandments of the Lord.

21 that they all may be one, as You, Father, are in Me, and I in You; that they also may be one in Us, that the world may believe that You sent Me.

4 Abide in Me, and I in you. As the branch cannot bear fruit of itself, unless it abides in the vine, neither can you, unless you abide in Me.

23 I in them, and You in Me; that they may be made perfect in one, and that the world may know that You have sent Me, and have loved them as
You have loved Me.

38 For I am persuaded that neither death nor life, nor angels nor principalities nor powers, nor things present nor things to come, 39 nor height nor depth, nor any other created thing, shall be able to separate us from the love of God which is in Christ Jesus our Lord.

26 But the Helper, the Holy Spirit, whom the Father will send in My name, He will teach you all things, and bring to your remembrance all things that I said to you.